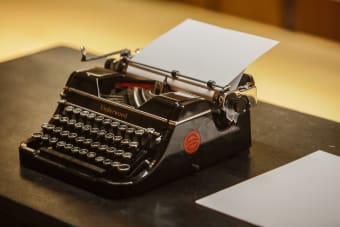 (St. Catharines, ON – August 13, 2020) – The Norm Foster Theatre Festival held its Annual General Meeting last night reporting to its supporters on the Festival's 4th season. Those in attendance (virtually) accepted the audited financial statements presented for the 2019 fiscal year, documenting a small surplus.

"We are excited to welcome these six new members to our board of directors. They bring decades of experience in key areas, such as finance, strategy implementation, and artistic leadership, that are vital to our future operations and strategy,” said Glen McCann, Board Chair. “Their expertise in each of their disciplines will bring energy to our board and strengthen The Foster Festival's commitment to our community.”

Addressing the meeting, Artistic Producer Emily Oriold noted that the past four years have truly been a period of expansion.  She thanked everyone who bought tickets, made contributions, provided sponsorship, and advocated for government funding to make Niagara culturally vibrant.  “It takes a village to support artistic excellence, creativity, financial health, and outreach – quite simply, to ensure a framework for the future.” she said.

"I would also like to add a special thank you to Norm Foster for his profound work. His heartfelt plays are the foundation of this Festival. It has been an absolute honour and privilege to work alongside Norm these past five years," Oriold added.

The 2020 Executive Committee will be elected at the next meeting of the Board of Directors which is being held in September.

Currently in its fourth year on the stages of the FirstOntario Performing Arts Centre, The Foster Festival presents three outstanding Foster plays per summer season. With the suspension of the 2020 Summer Season due to COVID 19, The Foster Festival had to pivot quickly offering a three-part online series titled NORMFLIX. The series includes the Ask A Legend Series, the Artist Series and our Tic, Tac, Foes Series.

The Festival is also planning an exciting theatrical experience for the Holiday Season. Details will be announced in October.

Established in the fall of 2015 The Foster Festival is the only Canadian theatre festival to celebrate the work of a living playwright.  Norm Foster is the most produced playwright in Canadian history with over 60 plays receiving an average of 150 productions each year across Canada and internationally. The Festival proudly partners with the City of St. Catharines, The Kristen French Child Advocacy Centre of Niagara, The Niagara Chapter of Native Women, The Niagara Children’s Centre, Rodman Hall and a Local Heroes Initiative which provides complimentary tickets to clients of Bethlehem Housing and Support Services and the Ozanam Centre.

The Foster Festival works to strengthen partnerships, coordinate planning, build on Ontario’s national and international profile and maximize the economic impact of Ontario’s $34 billion tourism industry, supporting the local economy by $2 million in 2019.