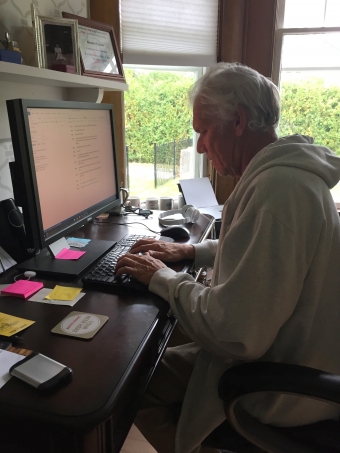 Playwright Norm Foster is Canada's most popular and most produced playwright seeing 150 productions of his works produced each year, internationally. Norm Foster was recently awarded our Nation's highest civilian honour - he was appointed as an Officer of the Order of Canada.

The Foster Festival is honoured to produce definitive productions of Foster's work here in Niagara! Located just down the road from the Shaw Festival, The Foster Festival is excited to be entering into our third season and looks forward to continuing to share in the laughter with our trademark Humour with Heart...in the heart of Niagara!

Acting is great fun, but writing is my first love. A lot of people out there like the 'idea' of being a writer. The romance of it. The notion that we all sit around in cafes and talk about our writing with other writers. Personally, I would rather do it than talk about it. The actual process of writing is what excites me. Creating a world from the ground up and populating it with characters I've pulled out of my head. - Norm Foster, Playwright

Our 2018 Season of Plays will be announced on November 9, 2017. Until then, SURPRISE SUBSCRIPTIONS are now on sale!