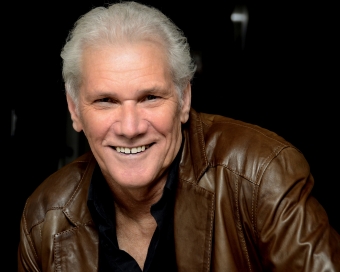 January 6, 2017 (St Catharines, ON) – The Foster Festival applauds the appointment of Canadian playwright Norm Foster as an Officer of the Order of Canada, the highest civilian honour in the nation. Festival executives and local politicians will honour him with a ceremony before the opening night of the season and the world premiere of Screwball Comedy on Friday, June 23, 2017.

Foster is one of Canada’s most-produced and best-loved playwrights.  The Foster Festival was established in 2016 in St. Catharine’s, Ontario to showcase his plays that are best known for their trademark “Humour with Heart”. After only a single season, the Foster Festival has already established itself as a key addition to Niagara’s cultural offering.

“I'm the luckiest guy in the world and I happen to live in the greatest country in the world,” said Foster.  “To be recognized by my country for my work is something very special to me. I have a job I love and I get to work with the most fun, creative people on earth.”

“We are bursting with pride for Norm and this tremendous honour, and it is our intent to fully honour him on stage as we start our second season,” said Executive Director Emily Oriold. Artistic Director Patricia Vanstone said, “This is outstanding news as we move into the debut of two World Premiers in 2017. What a great achievement for Norm and what great timing for our new theatre festival that showcases his work.”

The Foster Festival will premiere two new Foster plays, Screwball Comedy and Lunenburg, in 2017 at Cairns Hall in the FirstOntario Performing Arts Centre in St. Catharines, Ont., this summer.

On December 30, 2016, His Excellency the Right Honourable David Johnston, Governor General of Canada cited Foster for his extensive body of work as a playwright, which has enriched the Canadian theatre canon.

“I am delighted to recognize these new recipients of the Order of Canada in this milestone year,” said the Governor General. “Besides marking Canada’s 150th anniversary, 2017 marks the 50th anniversary of the Order. So let’s be inspired by the examples set by these remarkable Canadians and use this occasion to build a smarter and more caring country in which every individual can succeed to the greatest extent possible.”

New this year, The Festival will offer reserved seating and subscriptions for the entire season as well as a Pick 2 Pack, where theatregoers can select tickets to two of the three shows at a discounted price. Tickets for The Foster Festival on sale now.

The Foster Festival, established in October 2015, is the only Canadian theatre festival to celebrate the work of a living playwright. Norm Foster is the most produced playwright in Canadian history, with his nearly 60 plays receiving an average of 150 productions each year across Canada and internationally. The fully professional Foster Festival has attracted some of the best artists in Canada including star of stage and screen Sheila McCarthy and the multi-talented Lisa Horner. In addition to working closely with the City of St. Catharines, The Festival also partners with The Kristen French Child Advocacy Centre of Niagara, The Boys and Girls Club of Niagara, The Niagara Children’s Centre and Rodman Hall to provide theatre arts to the Niagara region. To learn more, please visit www.fosterfestival.com.

About the Order of Canada

Created in 1967, the Order of Canada, one of our country’s highest civilian honours, recognizes outstanding achievement, dedication to the community and service to the nation. Close to 7 000 people from all sectors of society have been invested into the Order. Their contributions are varied, yet they have all enriched the lives of others and have taken to heart the motto of the Order: DESIDERANTES MELIOREM PATRIAM (“They desire a better country”). Appointments are made by the governor general on the recommendation of the Advisory Council for the Order of Canada.